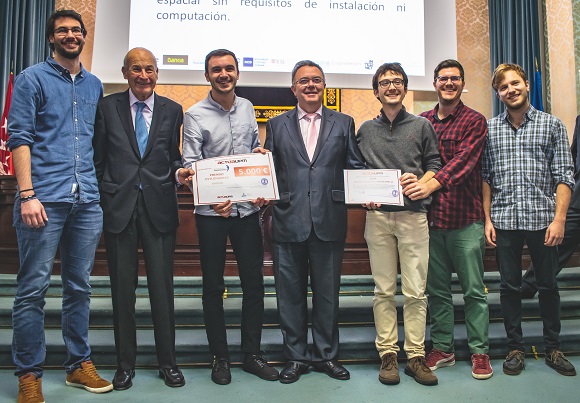 After eight months of competition, among more than 500 projects, Radian has been proclaimed one of the four winners of ActuaUPM 2018, the most famous Spanish startup competition held by TU Madrid.

We are honored for this award, and more than thankful to ActuaUPM organisers and Elisa Navarro, who restless supported Radian during the course of this adventure. We take this milestone as an impulse to achieve our goals, to speed up space hardware development, and widen access to space.

Radian will collaborate with AcubeSAT, a space microbiology mission

Radian partners with BLUEsat, a Sydney-based mission for space agriculture